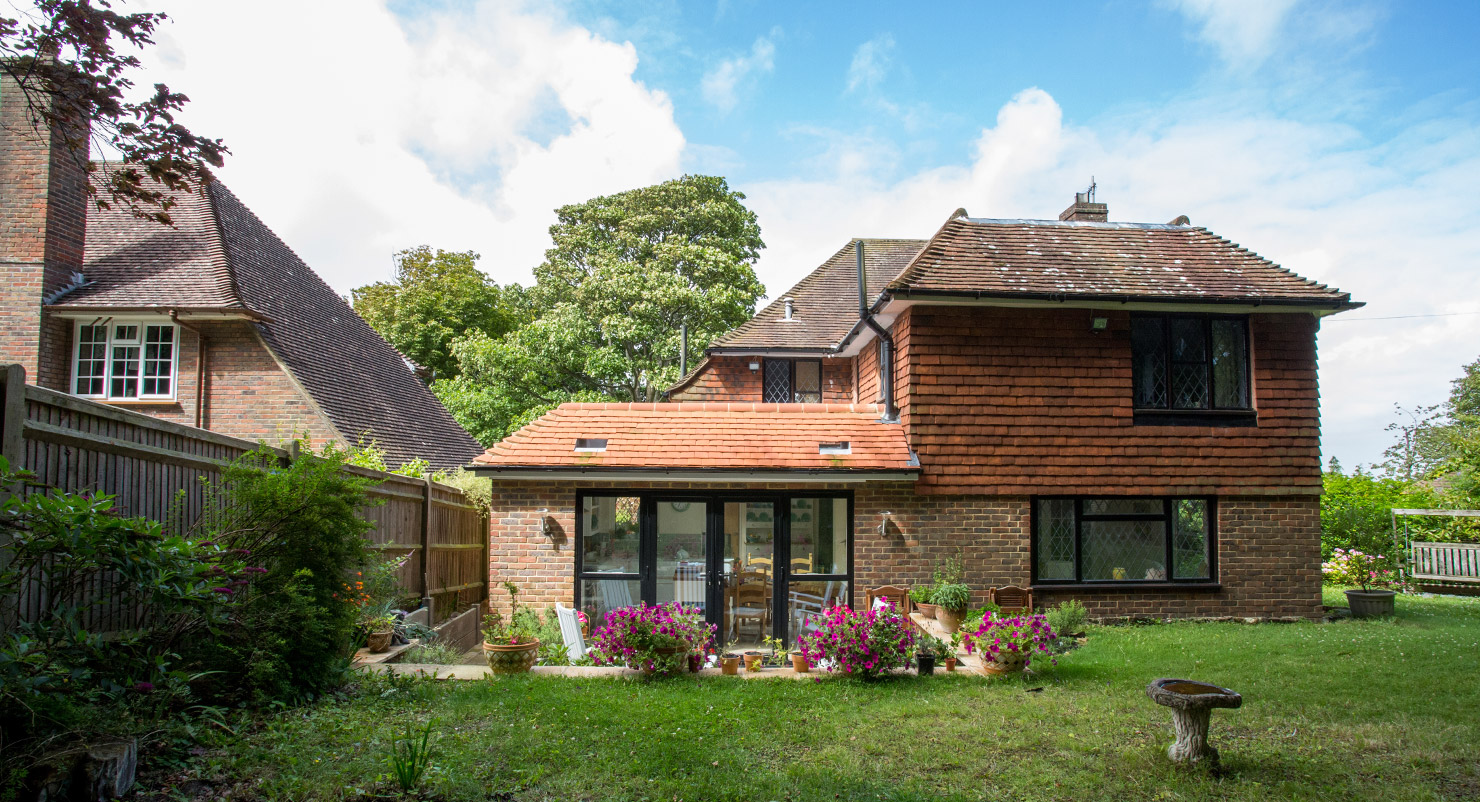 A redesign and rear extension that connected disjointed rooms and increased the size of the kitchen. A private estate meant protecting trees and keeping residents happy.

Located on the private Ratton Estate in Eastbourne, this detached property was built on a slope and was bound by protected woodland.

The original house was old-fashioned and incredibly dark. Small leaded windows made for a gloomy kitchen that was separated from the main living space in an L shape design. Janet and David, the owners, had grown-up children and wanted an open plan kitchen-dining area where they could enjoy each other’s company.

There were a number of things to take into consideration. As part of a private development, I had to ensure that the style of the new build exactly matched the existing structure, otherwise the Residents Association wouldn’t give their approval.

The rear of the property was flanked by an enormous bank of protected trees, which blocked out much of the light. I couldn’t risk damaging the trees with the foundations or subsequent building work.

I used a trusted building contractor to ensure the project ran smoothly. He was considerate of both the client’s needs and the residents’ concerns. Following my plans to the letter, he filled in the gap in the existing L shape to create a big, open family space. To create light, I instructed him to install large areas of glazing at the back and a huge lantern in the roof. As a result, the new kitchen was flooded with natural light.

The roof itself was inset and flat. Constructed at a higher level than the existing ceiling, it created a sense of openness. It also respected the level of the first floor windows, ensuring that light still entered the bedrooms. 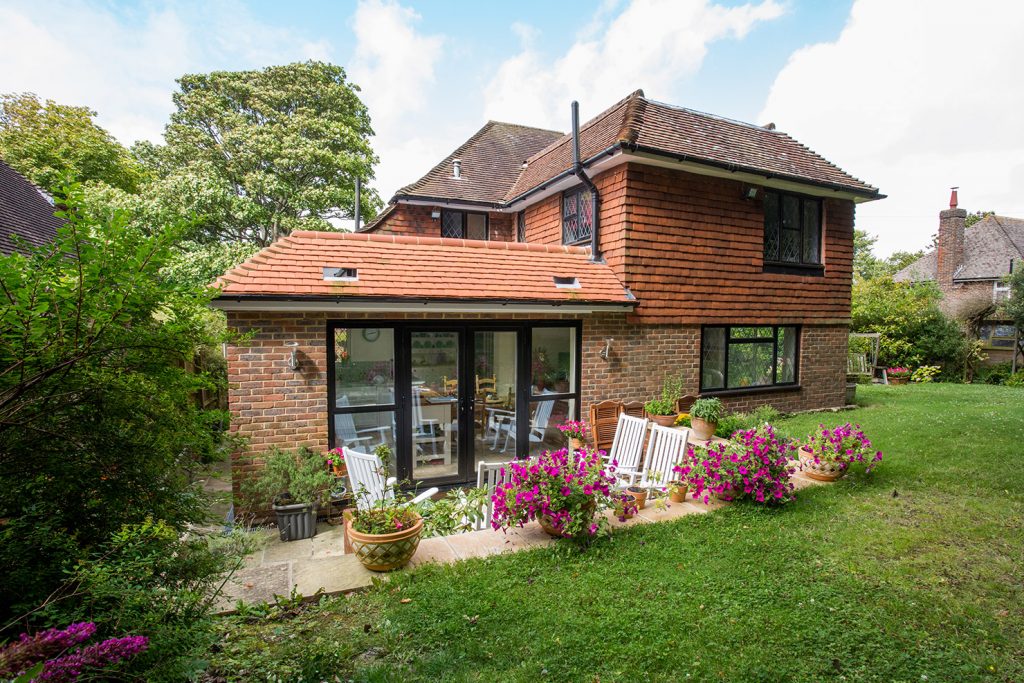 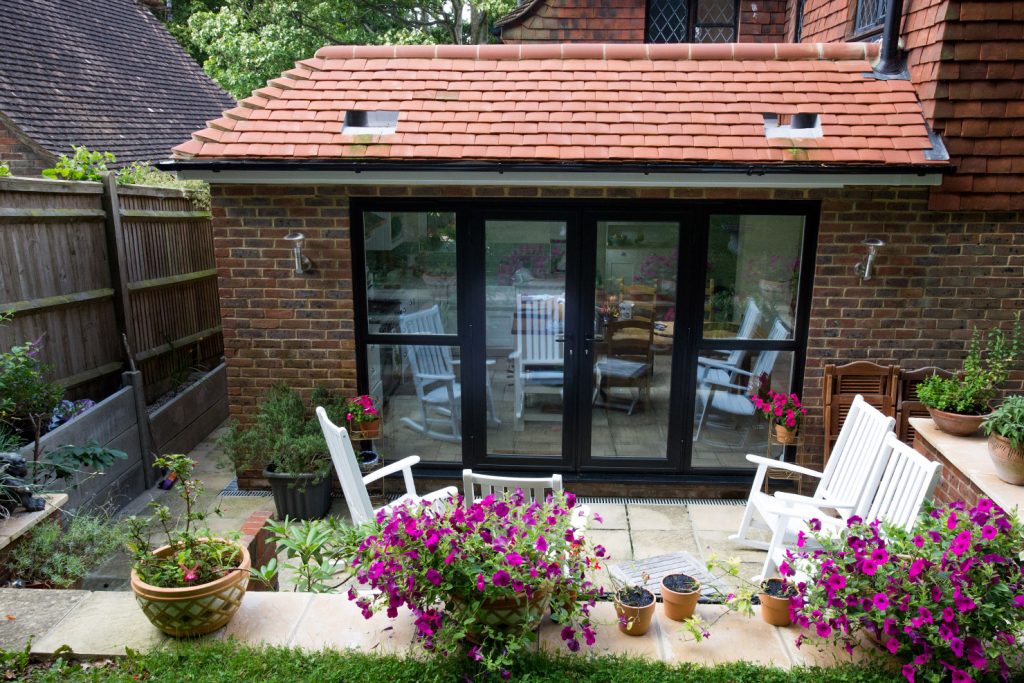 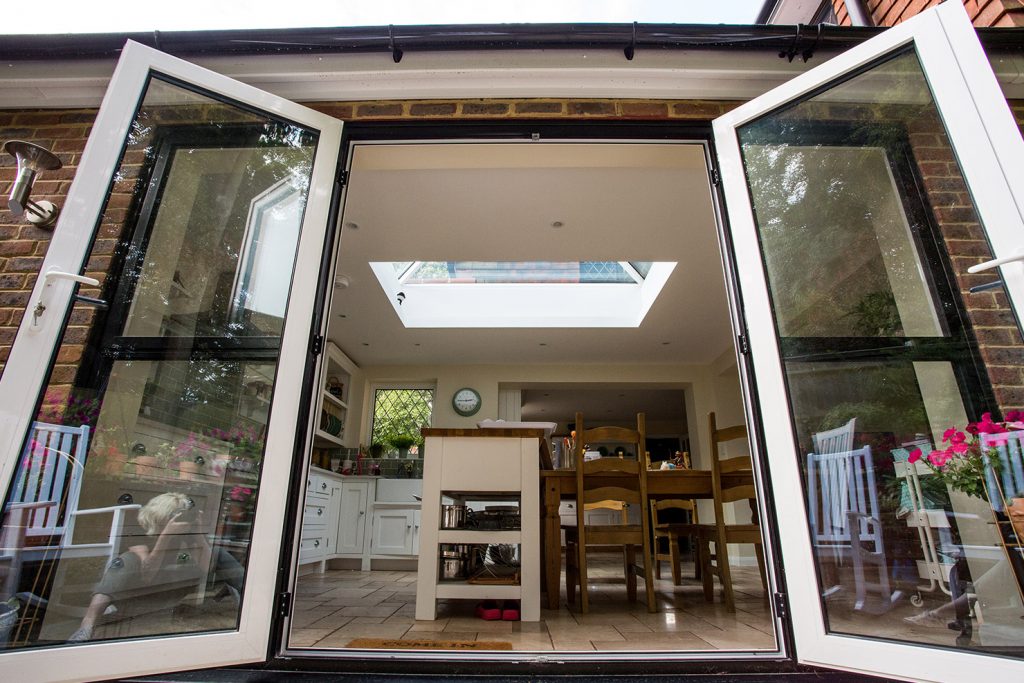 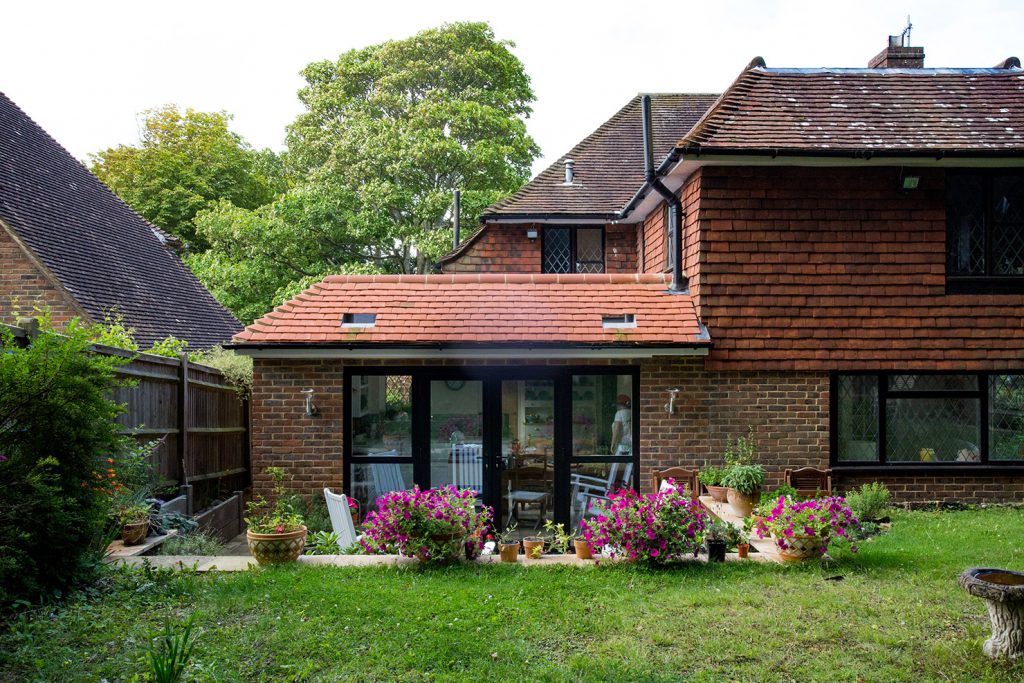 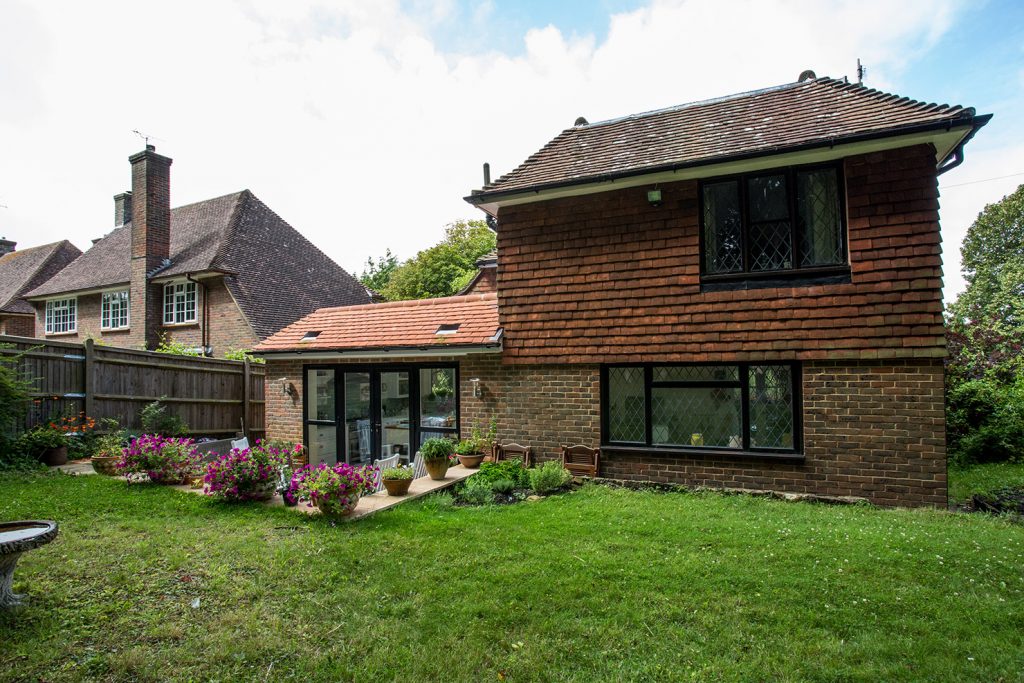 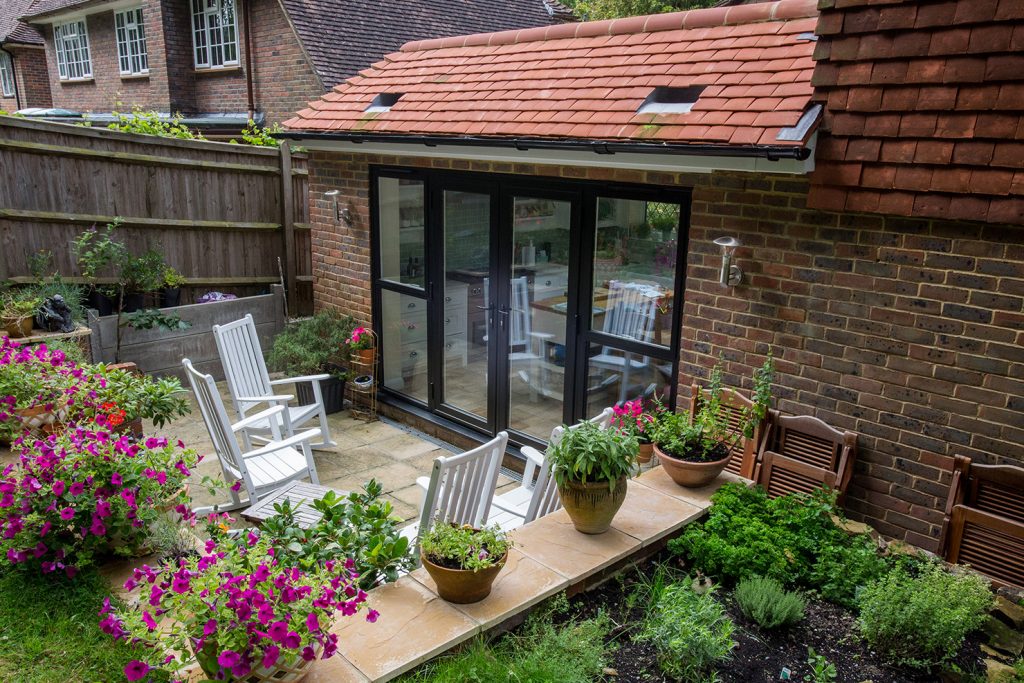 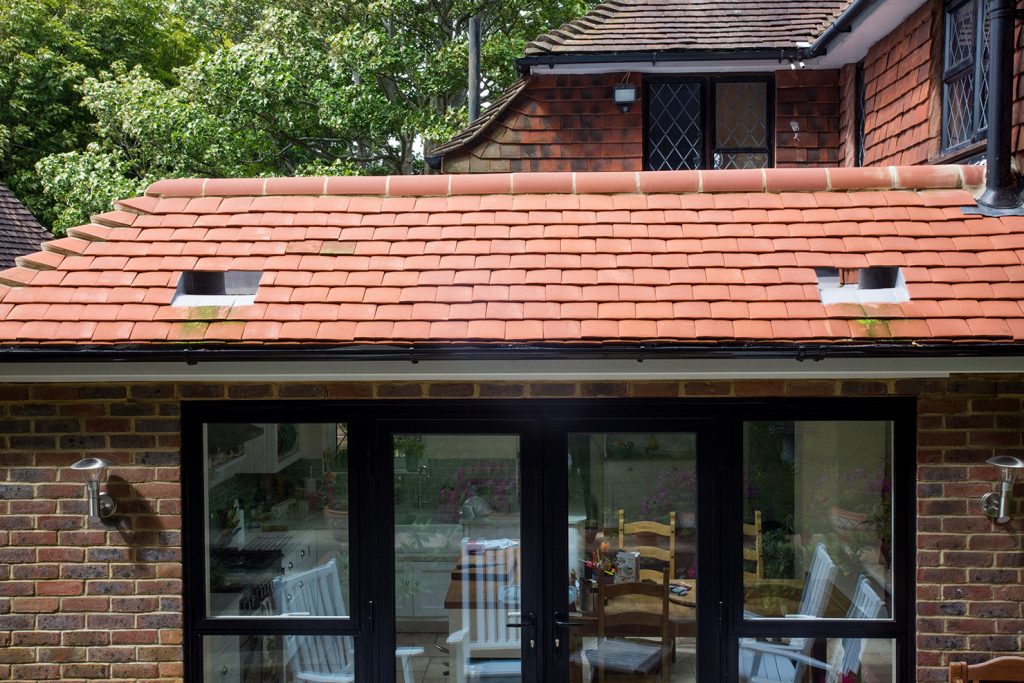 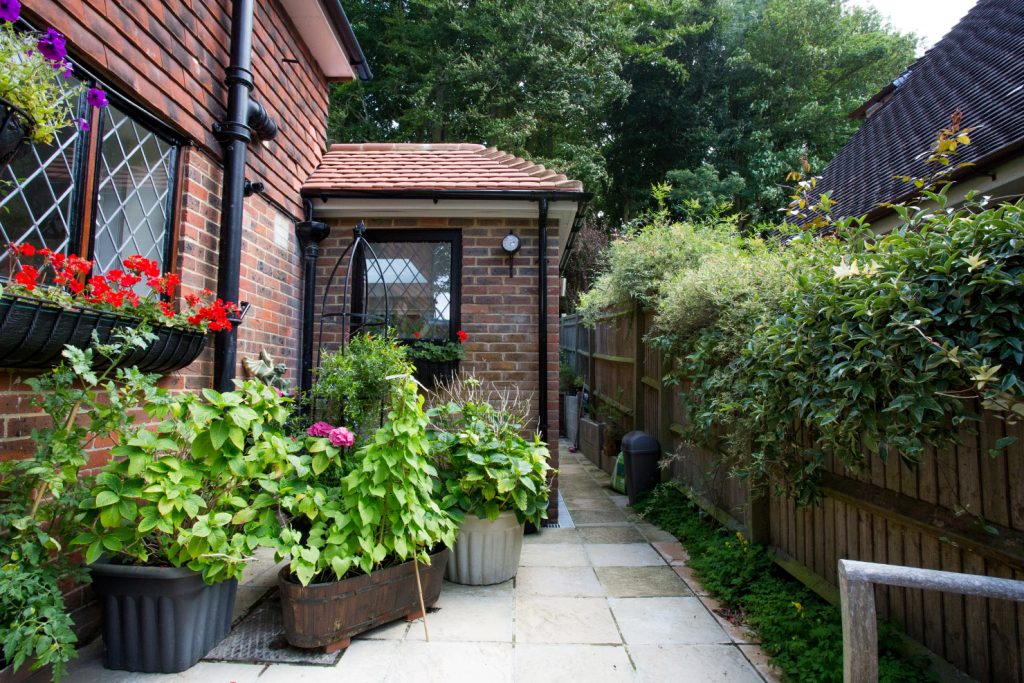 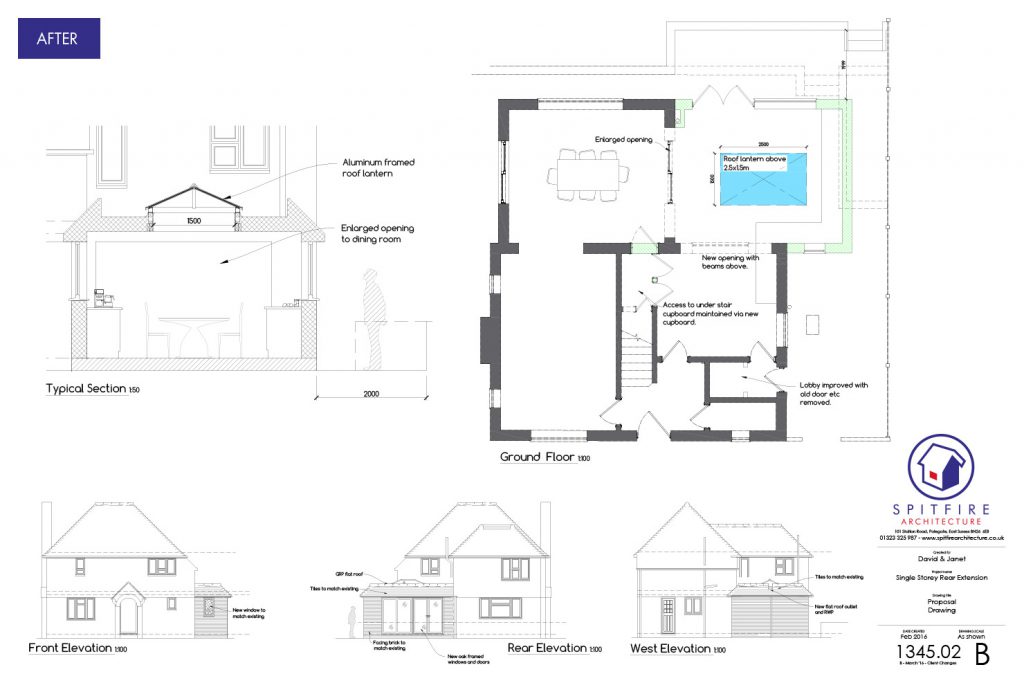 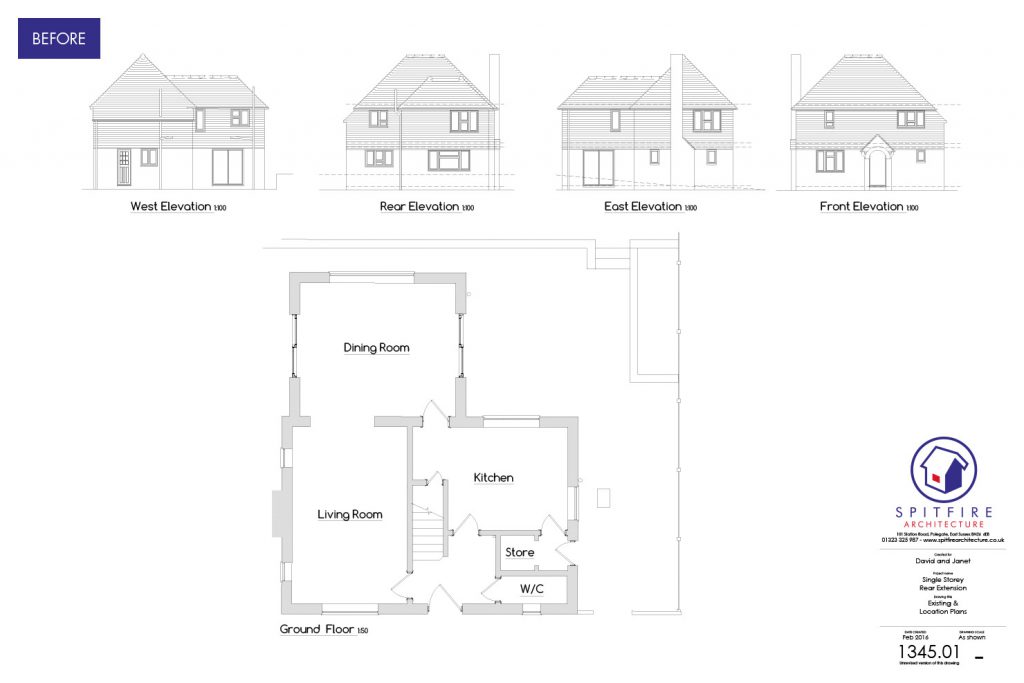 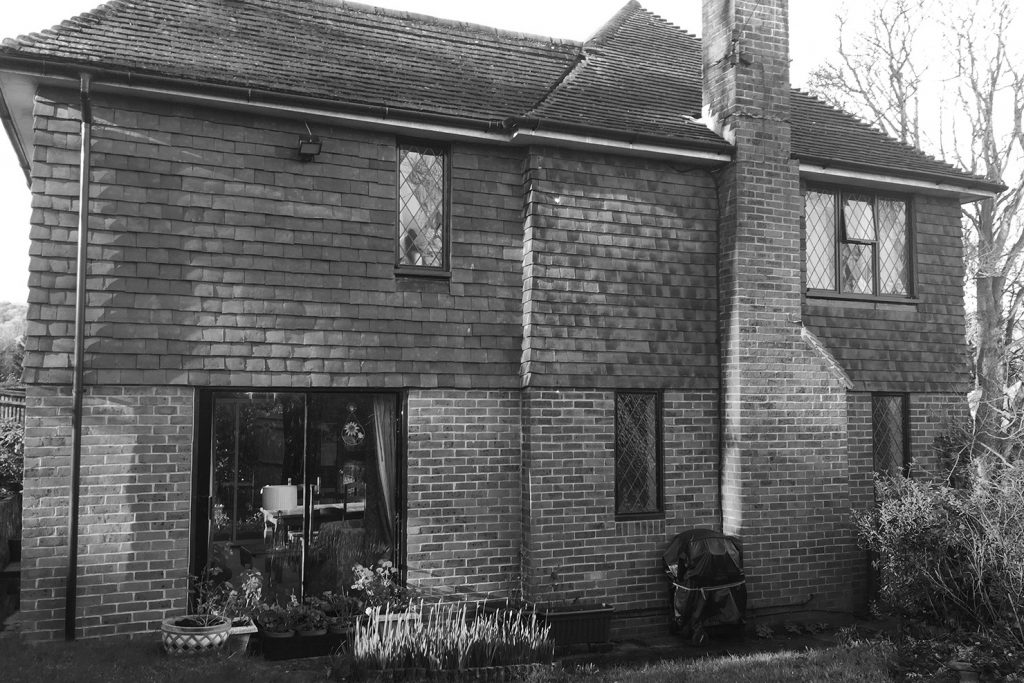 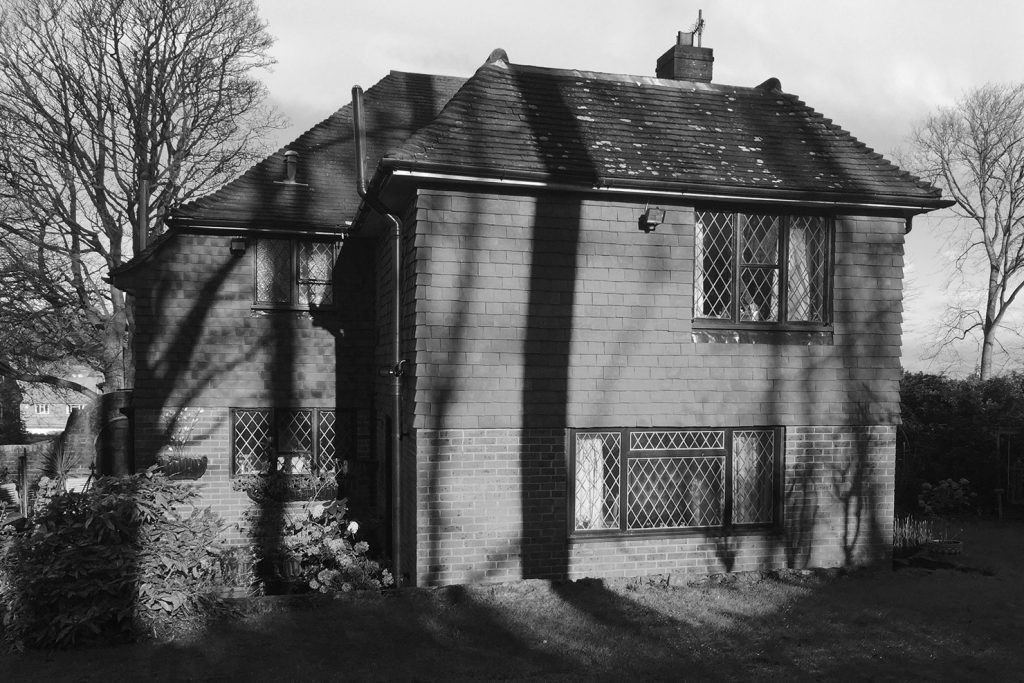 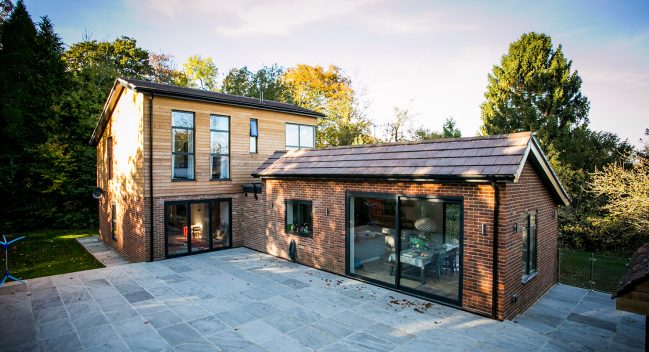 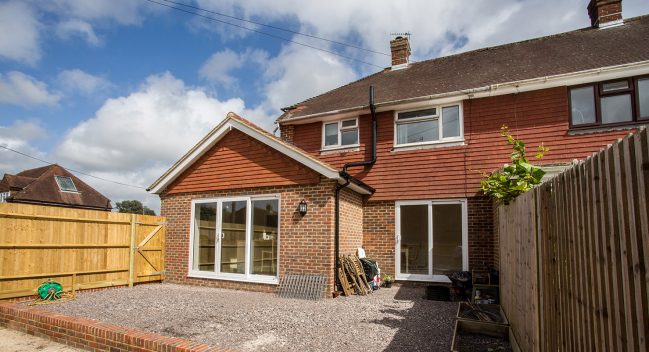 A side and rear extension that created open plan living and a guest room. 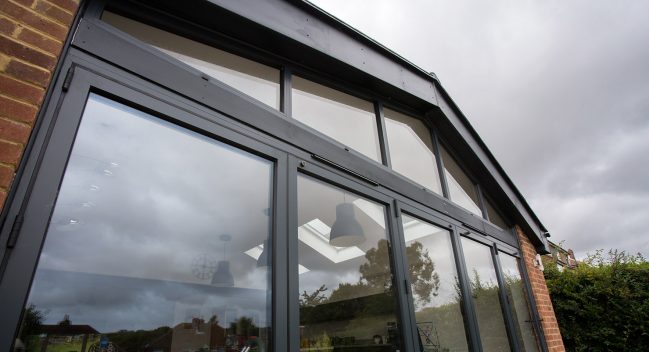 Pushing Permitted Development to the limit.